Possibly one of the most talked about games of 2015 was Fallout 4. Not only did it win the Best In Show Award at E3 2015 but many others named it game of the year. With its first upcoming DLC pack, named Automatron, to be released in the next few weeks there is another side to the expanding and customisation of such an open world game – Modding. 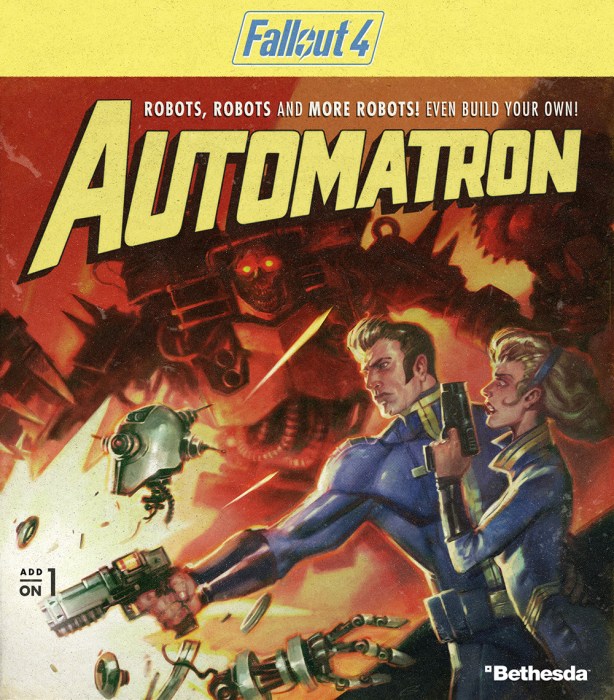 “Hold on one cotton-picking second, isn’t modding just for PC?” we hear you say. Although modding has been an important part of PC gaming for decades now, modding has not made much of an appearance on the Xbox One. Bethesda has confirmed that, albeit after a bit of a wait, the console versions will also get their hands on modding capabilities officially supported by the game.

So what does this mean for you guys with little knowledge of modding? If you’ve seen some of the unofficial mods currently on the PC version this can include small things such as custom-created weaponry to ridiculous skins, but with full support it could enable a whole different type of role-play experience, quest lines or even a whole different story altogether. Some games have been created solely on the modding of games (DOTA & Counter Strike are just two) so it’s an exciting thing for consoles to get a hold on something like this.

Modding keeps the game fresh and enables a constantly growing plethora of game options to allow for a truly unique experience, all within the Commonwealth world we know and love. Expect the Mod Support to arrive in April (PC) and May for Xbox One.

Don’t know what Fallout 4 is? What rock have you been living under?! Seriously though, check out the launch trailer below:

I'm on all things MMO/MOBA, family man, part-time streamer at http://www.twitch.tv/gamingatheart_ and on the OfficialXboxOneUk channel too. For me, gaming isn't a hobby or even a passion; it's a way of life. I'm trying to make it even more than that through streams, videos and writing.